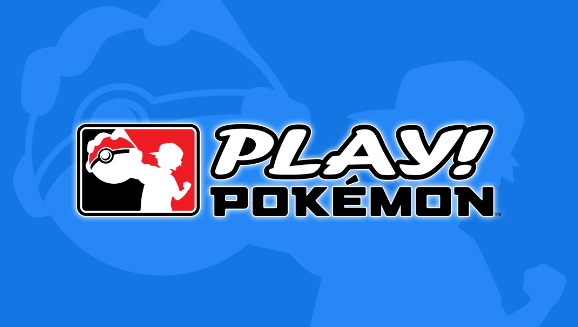 Last week, The Pokémon Company International posted revisions to a few documents on the Play! Pokémon Rules & Resources page. As the documents no longer contain a summary of changes, we’ve combed through the documents and have provided the major changes below for your convenience.

Japan, Korea, Thailand, and Indonesia were removed from this list. This change is likely because this document does not apply to these regions – their Organized Play programs are not run by TPCi (although this is a recent change for Thailand and Indonesia).

5.4.2.2 Reprinted Cards in the Unlimited Format

This section was update to specify Trainer cards (change is in bold):

As there is no restriction on the number of expansions legal for play in the Unlimited format, players will occasionally come across Trainer cards from older expansions that have the same name as newer cards but completely different effects. Players may still include those older versions of the card in their decks, provided that the wording of the most recent version is used wherever that card is concerned.

Two changes were made:

Both the deck list and the deck contain more or less than 60 cards.

The deck list and/or the deck do not contain 60 cards.

Both the deck list and the deck contain five copies of Double Colorless Energy, violating the four-card limit rule.

In a Standard format tournament, the deck list and/or the deck contain five copies of Double Colorless Energy.

This section did not exist in the previous revision of the Tournament Rules Handbook. We encourage you to read the entire “Pace of Play” section since it is new to this document.

However, to those familiar with the “8.4 Game Tempo” penalty that existed in the former TCG Penalty Guidelines document, the most notable difference with “Pace of Play” is the definition of Minor and Major violations, whereas this distinction was not made before. The same basic principles apply in the penalty given, and no changes were made on time limit guidelines.

A significant addition was made in this introduction:

These Standards apply regardless of the form or way a user participates in Play! Pokémon. For example, wherever an online platform is utilized, these Standards also apply to all virtual interactions with fellow participants.

This addition was likely made due to the expansion of Organized Play programs online due to the COVID-19 pandemic, such as League at Home and the Players Cup.

The introduction to this section was clarified that the actions described within Community Conduct apply both to “behavior at all Play! Pokémon events, as well as to external issues that may come to light”.

A slight but important wording change was made:

Pokémon Organized Play does not and will not itself monitor any program member’s activity on or in any platform or environment outside any Play! Pokémon event setting.

Pokémon Organized Play does not and will not actively monitor any program member’s activity on or in any platform or environment outside any Play! Pokémon event setting.

Previously, the wording implied that any actions taken would strictly be due to complaints brought to Organized Play, whereas this new wording leaves room for Organized Play to take action even if no complaint has been made directly.

There are many changes in this section.

Use of language that discriminates based on attributes such as race, religion, ethnic origin, national origin, gender, disability, sexual orientation, gender identity, or economic means.

Use of language, messages, symbols, images, illustrations, or links that discriminate based on attributes such as…

An additional example has been added directly below this first one, stating:

“Use of any language, symbols, or images that would otherwise violate the Play! Pokémon Equality, Equity, Diversity, and Inclusivity Policy.”

The next section, regarding targeted harassment towards a specific person, has been revised to add “threats of ‘doxing,'” in addition to “actual disclosure of any personal or private information of another without their explicit consent.”

Another example of harassment and bullying has been added:

Threats or images of violence, harm, or retaliation.

The name of the document was changed from “League Rules Handbook” to simply “League Handbook”.

This section, regarding the Store Finder tool and the ability to Edit Retail Details, was added.

This section was added, clarifying that STAFF promos exist for Prereleases and are shipped independently of the Kits.

We hope that the Organized Play team goes back to adding a log of changes at the bottom of the documents to summarize the changes made, as some of these important changes might be overlooked by Professors. In the meantime, you can be sure that we’ll present the breakdown right here on The PokeGym!

View all posts by Matthew Verive